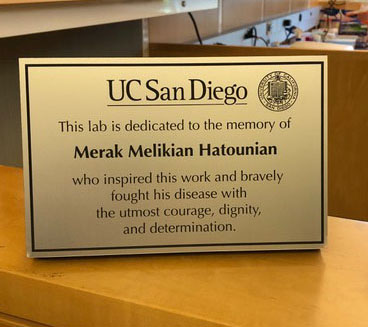 LA JOLLA, CALIFORNIA – Dr. Jason Sicklick, one of the leaders in GIST research, The Life Raft Group’s GIST Clinician of the Year in 2016, Global Genes RARE Champion of Hope in Medical Care and Treatment in 2018 and the National Organization for Rare Disorders (NORD) Rare Impact Award Honoree 2021, dedicated his new GIST Research Laboratory at UC San Diego to the memory of Merak Melikian Hatounian, a GIST advocate and patient who passed away just over one year ago. 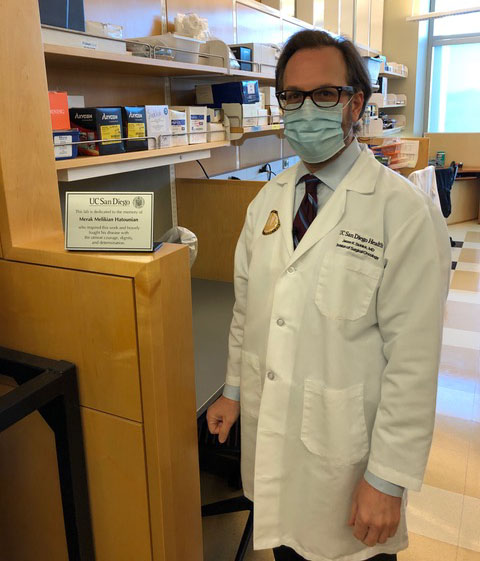 Merak was diagnosed with SDH-deficient GIST at the young age of 20. Merak fought so bravely for 5+ years, refusing to let SDH-deficient GIST cancer define him. Merak’s memory will live on not only with family, friends and colleagues, but also, now, in the UC San Diego GIST Research Laboratory. This dedication plaque graces the entrance to the laboratory.

Merak’s mother, Debra Melikian, is mother on a mission to help fund and find a cure for SDH- deficient GIST. She was moved to tears when she saw the plaque in the laboratory on a recent ZOOM meeting she had with Dr. Sicklick. The two met at The Life Raft Group’s GIST Day of Learning in 2015 where fortuitously, Dr. Sicklick was giving a presentation on GIST and Debra describes it as “the day that changed the course of Merak’s care and all of our lives forever.”

Debra continues to help move GIST Research forward and encourages anyone diagnosed with GIST to consider attending The Life Raft Group’s (virtual) GIST Day of Learning to meet and engage with the GIST experts from around the country. 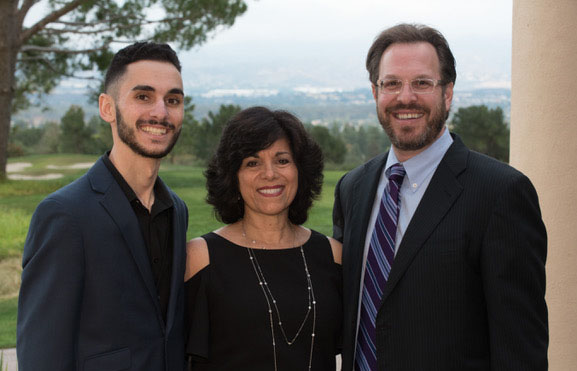 The Life Raft Group is dedicated to closing the gap between GIST patients that have biomarker testing early in their journey versus those who have delayed testing after they failed a first-line treatment. Without biomarker testing, patients could be on a treatment plan that is not effective for their mutation costing them precious time, strain on their finances, and adverse side effects. About 26% of all non-LRG GIST patients have had biomarker testing. In our Patient Registry, that number is 53% and climbing. In January, we launched a year-long campaign called It’s Time to promote biomarker testing for all GIST patients as soon as possible.