Drug prices influencing doctor’s decisions. Oncologists across the nation are attempting to come to terms with the enormous expense of cancer drugs, some of which can cost up to 100,000 dollars a year per patient. Normally, physicians write prescriptions for patients to bring to a pharmacy. On the other hand, oncologists must personally buy all their drugs because most of the treatments for their patients occur in their office. The doctor is then repaid by the patients, which usually means their insurance companies since the price of drugs are so high.

According to a Wall Street Journal article “Pricey Drugs Put Squeeze on Doctors” by Marilyn Chase, doctors are on the line to pay for these expensive drugs until they are 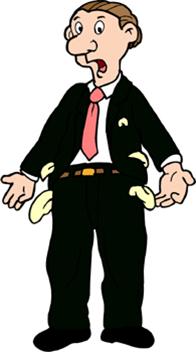 reimbursed, which could normally be anywhere from days to months. Even more troubling to oncologists, patients can sometimes not afford their co-pays, which can easily amount to the thousands of dollars. Insurance companies are also becoming less reliable, sometimes denying or delaying payments to doctors as a result of the economy.

Drug companies often charge a very high price for their products to compensate for the millions to billions of dollars it takes to test and bring a drug to market. Cancer care is a big cost for the United States, estimated by the National Institutes of Health to have cost the nation 72 billion dollars in 2004 and 89 billion dollars in 2007.

As a result of the extreme drug costs, oncologists have begun to take the patient’s financial situation and health condition into consideration. Many doctors may not mention or may discourage the use of expensive drugs if they know it will be a burden on the patient financially.

Other nations have already begun to consider a similar process, particularly in Great Britain, where the benefits are weighed against the costs before the treatment is approved for the National Health Service to pay for them.

Oncologists in the United States are put between a rock and a hard place. Many are concerned that pushing a cheaper treatment that could possibly fail may result in liability issues and are unsure about discussing options of greater cost since it may put too much strain on the patient’s expenses.

To combat decreasing profit, some doctors have had to make personal and patient cuts or to borrow money to keep themselves in business.

Chemotherapy and targeted drugs used to make a nice profit for oncologists. However, with the influx of more expensive cancer drugs, and congressional regulation with the Medicare Modernization Act, doctors have been limited on how much they could markup the prices on their treatments, thus limiting their profit. This is especially true for intravenous drugs. Oncologists are only allowed to markup these particular drugs six percent, and since intravenous drugs have become such a big player in new cancer treatments, this has severely hurt the business.

Another problem for oncologists is financial aid programs. Filing for their programs can take weeks and occupies staff time. Some companies claim to have an efficient system for aid, such as Genentech, who says that they have whittled down the paperwork to just one form for the doctor and another for the patient to fill out.

When the insurance companies aren’t paying, and the patients aren’t paying, the practices are the ones who suffer as costs are detracting from doctor’s incomes. More and more have had to go into debt to keep their businesses afloat.

Ultimately, the patients will be the ones to suffer when their oncologist goes out of business or they have to pay an expensive bill.