Skip to content
Home/From bench to bedside and back again

From bench to bedside and back again

GIST is a great example of how science can impact outcomes in cancer patients. As a malignancy, GIST has fewer changes in its genes than many other cancers. Thus, the discovery by Hirota and colleagues in 1998 that GIST contained mutations in the KIT gene was a breakthrough for the treatment of GIST. Tyrosine kinase inhibitors such as imatinib and sunitinib that target KIT, as well as PDGFRA, have significantly improved the outcomes for patients with GIST. Clinicians at the bedside of their patients have seen the impact of these drugs and have also had to face the challenges of what to do when therapy doesn’t work. How might we do better?

One approach is figuring out before therapy what the optimal treatment for an individual patient should be. 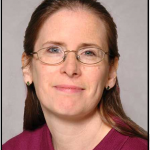 This is a form of care that uses information about a person’s genes, proteins, and environment to prevent, diagnose, and treat disease, i.e., personalized medicine. Much work has been done looking at the different sites of changes in the KIT and PDGFRA genes and correlating the benefit of imatinib and sunitinib with different mutations. Studies have also demonstrated that the imatinib dose can affect benefit in some cases, particularly the finding that patients with changes in exon 9 of KIT have improved tumor control with higher doses. Similar to findings in chronic myelogenous leukemia, information is emerging on the importance of achieving a specific level of imatinib in the blood for best outcomes, and this concept will be investigated further. Utilizing all these pieces of information, we can choose how best to treat patients. However, this is only the tip of the iceberg in regards to why some GIST patients benefit from imatinib or other second-line therapies and other patients do not.

Our group has worked to explore molecular markers of response to imatinib. To do so we have obtained tumor biopsies from patie 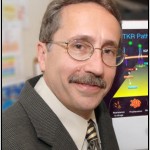 nts throughout the U.S. and Europe who respond differently to therapy and have applied state-of-the-art approaches, such as DNA geneexpression microarray and SNP (Single Nucleotide Polymorphism) array analyses to map out differences between these tumors. We believe that by knowing what is “wrong” with a given tumor we can help choose the correct method(s) of treatment and apply them early in the course of disease to significantly improve a patient’s chances of survival. As an example, we explored the changes seen in gene expression in tumor samples before treatment and correlated expression patterns with the likelihood of benefit from drug therapy. We were able to do so in a study run by the Radiation Therapy Oncology Group led by Dr. Burton Eisenberg: RTOG 0132. This study treated patients with large primary or resectable recurrent or metastatic disease with eight to twelve weeks of imatinib, followed by surgery and then adjuvant therapy for two years; patients with recurrent and metastatic disease were allowed to continue adjuvant imatinib beyond that. All patients had a diagnostic biopsy before they started treatment. During treatment prior to surgery, patients had CT scans to assess response to therapy.

We asked the question, is there a difference in the gene expression patterns in patients whose tumors shrank by 25 percent or more after the initial therapy, compared to those whose tumors did not. Intriguingly, we uncovered 38 genes that were expressed at very low levels in tumors that subsequently had very good response to imatinib. Eighteen of these were members of a family of genes called “Krüppel-associated box (KRAB) domain containing zinc finger (ZNF) transcriptional repressors”. Interestingly, 10 KRAB-ZNF genes were located on one chromosomal segment (Rink, 2009). The function of KRABZNF family members is just being explored, but they generally work to stop genes from being expressed and their corresponding proteins from being made. We have further shown that if we can shut off expression of some of these genes, we can make GIST cells much more sensitive to imatinib.

We are intrigued by these findings. Testing for the presence of a high level of these genes that in our study were associated with an increase in tumor size or slow tumor response is not difficult and does not require large amounts of tissue. First, we wish to confirm this observation and are seeking collaborators that have access to tumor tissue from a different set of patient samples. Potentially, one might use this information to treat a patient with a large primary tumor that would require a complicated operation to remove. For example, since the level of expression of these genes is correlated with imatinib being less effective, is there a way of inactivating their function or alternatively increasing their destruction within tumor cells? Targeting these genes with drugs along with imatinib may prevent tumor growth and avoid increasing the complexity of the surgery or a situation where surgery is no longer technically an option. We also believe this is an opportunity to study this new class of proteins to better understand what they do and how they do it, particularly in GIST. Our results suggest this may lead to better efficacy of imatinib in GIST.

In other studies we have shown that not all GISTs that lack mutations in KIT or PDGFRA, the so-called “wild-type” tumors are alike. Using whole-genome SNP-arrays we have been able to obtain high-resolution maps of the GIST’s genome. We used high-density SNP arrays containing roughly 1.8 million markers genome-wide to analyze GISTs lacking KIT/PDGFRA mutations as well as mutant GISTs. Importantly, our studies found that the majority of KIT/PDGRFA mutation-negative, both pediatric and adult GISTs which are clinically more resistant to imatinib-based therapies, generally do not possess the large-scale chromosomal aberrations that are commonly found in mutant GISTs (Belinsky, 2009). We refer to these tumors as KIT/ PDGFRA mutation negative/genome stable GISTs, while the remaining tumors (including both KIT/PDGFRA mutation positive and some mutation negative GISTs) are genome unstable (see Figure 1). Furthermore, we have shown that these KIT/PDGFRA mutation negative/genome stable GISTs greatly overexpress the insulin-like growth factor receptor-1 (IGF1R) relative to other GISTs. In our previous studies, first reported in 2008, we demonstrated that IGF1R may be an interesting therapeutic target to consider in GIST patients, especially in pediatric and adult KIT/PDGFRA mutation negative cases in which treatment options are extremely limited. This important finding has subsequently been confirmed by others as discussed in the last LRG newsletter by Dr. Mike Heinrich. We found that KIT/PDGFRA mutation negative GISTs greatly overexpress IGF1R (both at the protein and mRNA levels) and drugs that target IGF1R can inhibit the ability of GIST cells to grow (Tarn, 2008; Godwin, 2008; Belinsky, 2009). We have seen that the mutation negative GISTs that have a stable genome also generally overexpress IGF1R (Tarn, 2008; Belinsky, 2008; Belinsky, 2009). Clinical trials are being developed to explore IGF1R as a target based on these and other molecular studies. Finally, we have shown that a portion of previous classified “wild-type” GISTs that demonstrate genome instability have mutations in the BRAF gene (Belinsky, 2009). There are now several additional reports indicting that the BRAF gene is mutated in roughly four to 13 percent of GISTs without KIT or PDGFRA mutations (e.g., Agaram 2008). However, the genetic changes in GISTs without KIT/ PDGFRA/BRAF mutations is not known, so we are currently using modern deep sequencing approaches to further explore the GIST genome in these patients to uncover additional clues to help define therapy.

These are a few examples of how work at the bench can be translated into improved therapeutic modalities influencing how patients will be treated at their bedside. Advances in GIST care involve all of us, the patients who participate in clinical trials and share their tissues, the doctors and nurses who care for them, and the scientists who help increase our understanding of this disease and provide new insights to take back to the patients.