Skip to content
Home/D842V Gets Its Moment in the Spotlight

D842V Gets Its Moment in the Spotlight 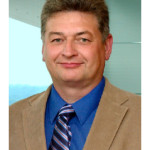 The Gleevec for GIST story continues to remain one of the most successful stories in oncology. What could be better than a drug that works in 85 percent of patients? As great as this story is, there is room for improvement. Half of the patients on Gleevec for metastatic disease will progress in the first two years and 15 percent of patients are resistant to Gleevec right away or within the first six months of treatment. AROG Pharmaceuticals may have an option for a few of those patients. 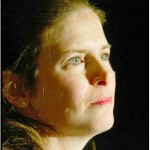 AROG Pharmaceuticals has announced the start of a new phase II trial specifically for patients with metastatic/ advanced GIST who have the D842V mutation (ClinicalTrials.gov Identifier: NCT01243346). The trial is anticipated to open at Fox Chase Cancer Center in Philadelphia, Penn. in April 2011 under Dr. Meg von Mehren, Dr. von Mehren is the Director of the Sarcoma program at Fox Chase. A second site is planned at Oregon Health & Science University (OHSU) in Portland, OR, under Dr. Michael Heinrich at the same time. Fox Chase and OHSU were also two of the four sites involved in the very first Gleevec for GIST trials. 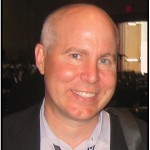 This trial will be testing a new drug, Crenolanib (CP-868,596) for the first time in GIST patients. AROG acquired this drug from Pfizer and it has already been through phase I testing.

PDGFRA D842V kinase has been resistant to Gleevec and Sutent. Crenolanib is able to bind tightly to D842V mutations, blocking the signal that drives this type of GIST. Interestingly, while Crenolanib potently blocks the D842V mutation and wild-type PDGFRA, it does not inhibit PDGFRA mutations that occur in exon 12 or exon 14. Fortunately, Gleevec effectively inhibits the mutations that occur in these two exons. 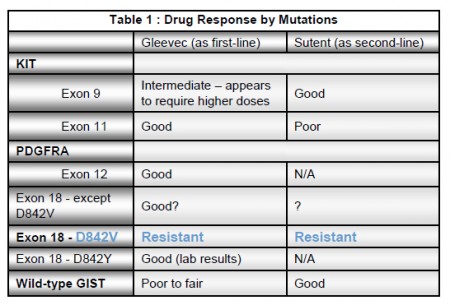 Crenolanib is a bit unusual among tyrosine- kinase inhibitors (TKIs). Most of these drugs inhibit at least three and often more kinases, many or most of which do not contribute significantly to the cancers the drugs are treating. This lack of specificity leads to side-effects. Crenolanib is very specific, inhibiting the PDGFRA and PDGFRB receptors and not much else. In phase I trials, the drug has been very tolerable, with nausea being one of the main side-effects. This can be treated with anti-nausea medications like Zofran.

Finding a drug to inhibit the D842V mutation has been a difficult challenge. Matching the right patients to the drug may prove to be an equally difficult predicament. The problem is that the United States is lagging behind when it comes to performing mutational testing. As reported at the 2009 American Society of Clinical Oncologists (ASCO) meeting, only four percent of GIST patients in the United States have received mutational testing according to an observational registry of GIST patients called the reGISTry (Novartis Pharmaceuticals). This number compares to 60 percent with mutational testing in France and 40 percent to 50 percent in Germany.

Trying to find a patient with a mutation that makes up only five percent of a rare cancer when only four percent of all GIST patients are having testing is like trying to find a needle in a haystack. It may prove challenging to recruit enough patients for even a small trial.

According to Dr. von Mehren, “There is a growing understanding of differences in GIST tumors and response to therapy. At present, the greatest use for mutational testing is consideration of dose escalation of [Gleevec] in patients with exon 9 tumors. Most experts believe that it is in a patient’s best interest to do so, but because of increased toxicity with higher dose therapy, the presence of exon 9 should be documented before escalating the dose. We also have the opportunity to start testing drugs for patients that are not sensitive to [Gleevec] and [Sutent], as in this trial. Because of this, both European and US guidelines recommend mutation testing at the time of diagnosis, primarily for the convenience of obtaining the information at that time because tissue is readily available. The most recent pathology guidelines now ask for mutation status if it is known; this may help pathologists to request the test more routinely.”

Mutational testing can be done in a number of CLIA (Clinical Laboratory Improvement Amendments) certified labs in the United States. Listed below are some labs that we are aware of that do mutational testing, although not all of them test for PDGFRA mutations. 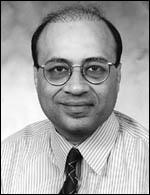 Shah. Dr. Jain, a medical oncologist, founded the largest oncology CME company in the United States and was involved in the development of several important drugs for lymphomas.

The Life Raft Group’s name symbolizes a life raft in a storm; help when you desperately need it. AROG Pharmaceuticals has thrown out its own life preserver to GIST patients. The biggest question at this time may not be how well it will work, but can anyone find it? How many GIST patients will fail to find that life preserver because they don’t have the guidance that will lead them to it—they don’t have mutational testing.