Being Your Own Warrior: Karen Darnell’s Personal Battle 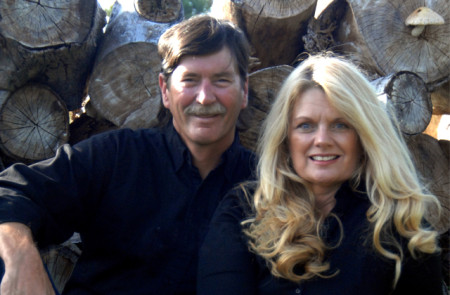 Karen Darnell appreciates the value of life jackets. In her GIST journey, she recognizes the importance of having one constructed from the fabric of family support, GIST experts, email communities and the Life Raft Group.

Though her GIST journey began in December 2010, Karen was unfortunately not diagnosed with GIST until 2013. Initially experiencing severe anemia, she was prescribed iron tablets, which did not work. Referred for further testing, nothing was discovered to explain blood loss, and her anemia worsened. Karen received iron infusions for almost a year, with her levels finally reaching an acceptable range.

After becoming ill while on vacation, her doctor discovered her hemoglobin level was at 6. The normal range is between 12 to 15.5 g/dl. Karen was admitted to the hospital for evaluation. Several tests did not show any abnormalities. A colonoscopy was recommended, but since she was weak, Karen declined, opting for a CAT scan instead, which showed a large mass on her small intestine. The surgeon suspected GIST, but admitted he did not have much experience with it. After receiving blood transfusions, she underwent successful surgery and looked forward to being restored to good health.

At her post-op visit, believing that she was “cured,” Karen received the news that she had high risk for recurrence due to the size, location, and mitotic count of her tumor. Gleevec was prescribed. Although her oncologist was not a GIST specialist, she knew and felt comfortable with him. With his office staff’s help she received co-pay assistance from Novartis for Gleevec. Dealing with this news was difficult. Her oncologist recommended that she look in the mirror every morning and repeat; “I am doing everything I can to keep this cancer from coming back.” Karen began extensive research, joining several email communities including the LRG’s.

Her oncologist received her mutation testing results, indicating a D842V mutation in the PDGFRA gene. She was told to stop taking Gleevec as it wouldn’t work for her mutation type, and that there wasn’t anything she could do.

Karen felt like her life jacket had been ripped off: It was “sink or swim.” At that moment, she became her own “warrior.” She kept searching for someone with a similar story but failed. Everything she read about this mutation didn’t fit with her tumor. Something told her that she didn’t have the PDGFRA D842V mutation. She soon gave up questioning the diagnosis, since she was just a layperson.

Tissue donation proves to be life-saving

The LRG’s call for PDGFRA D842V tissue for research prompted Karen to donate hers. After receiving her tissue, Patient Registry Director, Michelle Durborow requested her original mutation study results. The next day Michelle advised her there might have been a mistake in the previous mutational test. Her tumor profile did not fit with D842v mutations. The lab at Oregon Health and Sciences University (OHSU) performed mutational testing on her tissue before using it for research, discovering the mistake. She didn’t have the PDGFRA D842v mutation but was Kit Exon 11, and should have been on Gleevec since her diagnosis.

Karen felt vindicated. She had been right to question this. She informed the hospital where she had surgery and the lab that performed her initial tissue testing about the mistake to prevent this from happening to future GIST patients. They changed their protocol for GIST as a result.

The lesson Karen learned is that anyone receiving a GIST diagnosis should seek expert treatment and if you feel something is wrong, “trust your gut.”

She now sees a GIST specialist and is evaluating treatment recommendations, armed with as much information as she can gather.

Her advice for someone newly diagnosed? “Seek a GIST expert. Be your own warrior.” Karen has had to go out of her way for expert treatment, but that can be a life-saving decision.

Karen is surrounded by a loving family and friends, including her supportive husband, Jeff, two sons and seven grandchildren. “They hold me up and keep me going.” She dons her life jacket every day, armed with the information, love and support she needs to stay afloat.