Skip to content
Home/In Loving Memory of Lawrence B. Freed

In Loving Memory of Lawrence B. Freed 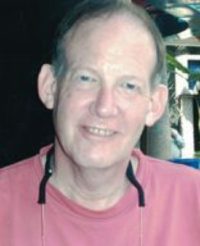 After a long journey with GIST, Lawrence B. Freed passed away Friday, February 23, 2018 surrounded by his loving family. He was the beloved husband of Linda (Menak).

Larry was born June 1, 1949 in Manhattan and raised on Long Island by his late parents Charles and Doris Freed. He and Linda married on May 4, 1991 and moved to Connecticut in 1996 where Larry worked for IBM Southbury until he retired due to his illness.

The family would like to thank Dr. Fitzhugh Pannill, Dr. Victor Chang, Waterbury Hospital and River Glen Health Care Center of Southbury for providing Larry with exceptional care and support throughout his lengthy illness. The family would also like to thank Larry’s dear friend Dr. David Dressler for many years of compassion and understanding.

Memorial donations may be made in Larry’s name to Whiskers Pet Rescue, PO Box 367, Southbury, CT  06488.