Patient of the Month for September: Martha ‘Marty’ Hunt

As a part of our Faces of Courage series, we are featuring a patient or caregiver story each month. Each one of our members has a unique story to tell, but they all reflect the intrinsic courage of those who face the challenges of cancer head on, with dignity, strength, and passion for life.

Our Patient of the Month for September is Martha ‘Marty’ Hunt. Here is her story: 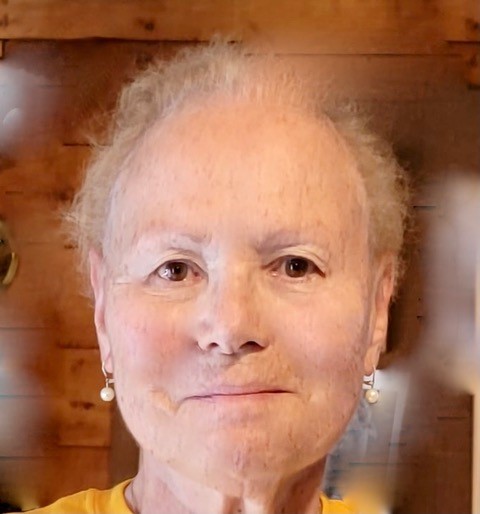 My GIST diagnosis was in October 2013 via an endoscopy EUS. I had had trouble eating and swallowing and rather than the initial diagnosis of GERD, I found I had a 17 cm retrogastric mass. It was GIST with an 11 exon. I went to a major cancer center with GIST specialists, and after a year on imatinib the tumor stopped shrinking (almost in half!). Time for surgery!

Of course, during that year, I asked anyone who would listen if I REALLY had cancer – it is rather a shock to the system for someone who had otherwise been healthy. Eventually I grasped reality, in part due to the palliative care doctor who was assigned to me. I then started to research everything I could find out about the disease. I slowly started to tell friends and started a Caring Bridge account, so I only had to post updates once – a smart thing to do!

Surgery was September 26, 2014. In addition to the tumor, other organs were removed that had been in contact with the tumor: spleen, adrenal gland, partial gastrectomy, head of pancreas, and ovary (turned out that was only an ovarian cyst).

I stayed on 400 mg of imatinib and had the requisite scans and all seemed well. I continued to work and travel. In 2016 I discovered a lump in my breast – really? Yes, it was breast cancer, stage 1A, and I had a lumpectomy. I certainly felt I was being tested but I kept on plugging away at my life. I’m a postsecondary teacher so with summers off, I moved to my cabin near Canada where I could kayak every day, hike with my dog, stack wood…do everything I always had done.

In November of 2017 during a regular scan, a new growth was spotted. I had retired and my husband and I were about to leave for our four months in Florida. I remember being at the hospital after the diagnosis, calling my husband to tell him, and having uncontrollable tears. I forged ahead, getting a referral for an oncologist in Florida and flying back to Boston monthly. Increasing imatinib to 800 mg only gave me dreadful side effects so I elected to go on a trial with DCC (ripretinib = Qinlock) in January of 2018. All was stable with no growth and as the tumor was close to my ureter and iliac artery, surgery was not a safe option.

Since the original resection, I had been having occasional severe stomach pain – so severe that only opioids would handle pain. My GI doc always said to try and get a scan ASAP while the pain was occurring. Finally in June of 2020, I was able to get a scan during an attack which showed a bowel obstruction, undoubtedly caused by adhesions from my original resection. I sent a copy of the scan to my GI doc in Boston. Two days later I received a call from a surgeon there; he said he felt he could perform laparoscopic surgery to remove adhesions as well as biopsy the growth. I had less than a week to organize everything and that surgery was done on July 6, 2020. Adhesions removed and the tumor was BENIGN, not unlike a Desmoid tumor. That was the best news I could have!

Although I could have gone back on imatinib (I tried it for a month) I ended up going back on Qinlock. My choice was gaining weight on imatinib or losing hair on Qinlock – my choice as a lifetime Weight Watchers member was the latter.

I cope with GIST by doing all the research I can, asking my oncologist all I can, and keeping good records of everything that happens. BUT I don’t let it control me. I don’t dwell on it. At 73 I want to make the best use of my time. I’m a great fan of Eleanor Roosevelt and when she said “Courage is more exhilarating than fear and in the long run it is easier.” it really resonated.

If I meet a newbie, my advice is always the same: see a GIST specialist before anyone comes near you with a knife, educate yourself, ask questions, keep healthy with healthy weight and eating habits, keep a record of everything, and lead as normal a life as you can. It’s only cancer.

I hiked the Amalfi coast in Italy and went to Egypt to sail on the Nile and visit all the sites. Nothing was going to stop me from having a normal life. I’m a knitter and belong to two knitting groups, I’m involved in several non-profits, I work with a graveyard preservation group and enjoy helping others learn about maintaining old graveyards. I think I’m busier now than when I worked full-time. I still teach on-line courses to keep current.

Lead as normal a life as you can; it’s only cancer.

Criteria for Caregiver of the Month

Caregivers are an important team of family and friends. They allow a patient to depend on them for support through their difficult journey as well as help with various tasks such as cooking, housekeeping, transportation and so much more. In conjunction with Life Raft Group’s Patient of the Month, we are showcasing Caregivers of the Month. We want to hear stories of the selfless supporters that stand beside our GIST warriors.