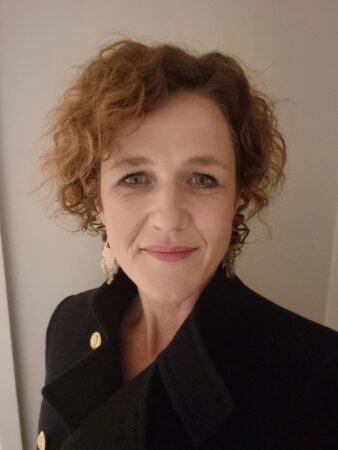 And being 1996, there wasn’t really much known about the disease. I think it was one of the first in Canberra to be diagnosed. There were two tumors that had been removed in surgery. They had ruptured and caused problems. And this left 50 seedings of tumors in my small bowel when I was diagnosed. At the time, they sent me home and said, “There’s no treatment, no cure and not a lot that we can offer, but we do know that there’s no chemotherapy and radiation available. So, we won’t try that, but there are no alternatives. If there’s any problems in the future, then we’ll just treat the symptoms.” I went home as an 18-year-old trying to work out what to do next.

At the same time, they said with the number of tumors my likely prognosis was about 12 months. That was a lot to handle and a really difficult diagnosis to come to terms with. That kind of reset the way that I was living life and viewing life. I had a sense of living on borrowed time and trying to make the most of every opportunity that I had. About four years later, the tumors ruptured further, and I ended up back in hospital in the ICU losing about 50% of my blood volume in this one dramatic moment. And it was at that time that the very first Glivec trial had arrived in Australia. I was eligible for that, as were I think, about 20 other patients in Australia. That was the very first time I had a treatment option. It was 2001 when I commenced the Glivec trial. From that point on, I’ve was treated for a few years with Glivec and since then I’ve had such a complicated history. 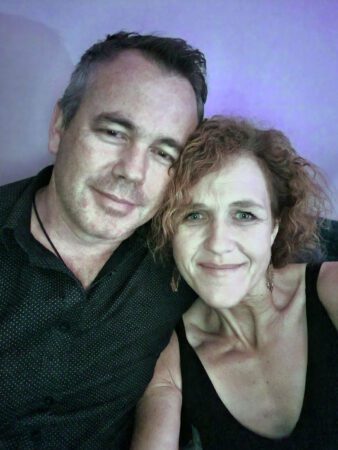 I’ve gone through Glivec, about six different major surgeries, a Whipple procedure, had quite a bit of my digestive system and most of my small bowel removed plus my pancreas and spleen. As I said I was on Glivec for a while but then had progression, and then moved on to Sutent. I am now on regorafinib, which I’ve been on for the last five years. Each of those have stopped the progression of my tumors until like with many people with GIST the treatments will work for a while and then you move on to the next. For whatever reason I’m on my 7th year of regorafinib and it has stopped the progression of my tumors.

2015 was another significant year because I ended up with liver lesions. The GIST had spread to my liver. I had half of my liver removed. And then whilst recovering, the good part of my liver ended up developing a few lesions. So that’s when I commenced regorafinib. Seven years now on regorafinib and it has stopped the progression. Long may that continue! Also in that time, as part of my GIST journey, I had four years at uni, got my teaching degree and had a 20-year teaching career. We were lucky enough to have our son George in 2006 (that was with a pause in Glivec). Lots of life packed in there and married to Tom and yeah, so it’s, been a busy, GIST journey, life journey. It’s just intertwined with daily life as it as it is for so many other patients.

I guess what one thing I did forget to mention that when I was first diagnosed, all we knew was that it was GIST. I didn’t know much more than that. But thanks to subsequent testing, and all the mutational analysis and biopsies from each of my surgeries, we’ve learnt more and more about it. And I know that I have the pediatric wildtype SDHB positive; that’s the subgroup. I’m learning more and more every year as I meet other people with different subgroups and lean on The Life Raft Group for all of their expertise as to what it all means and how it all fits. So that’s my GIST journey in a nutshell.

Sarah is a passionate patient advocate for GIST patients in Australia. You can read more about Sarah’s story here: