A historic event took place after the LRG Research Team meeting from February 2-4, 2010, when a group of cancer patient advocates, called the Latin American GIST Coalition, met for the first time to outline their mission and commitment to promoting the survival of GIST patients in Latin America.

As part of the gathering, the Coalition had an unprecedented meeting with the world’s leading GIST researchers who are committed to finding a cure for this rare disease. This encounter with researchers gave the Coalition added inspiration in their endeavor to create a mission to promote survival of GIST patients through information, education, and strategic networking. 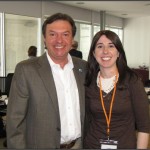 The Coalition gathered in a room lined with flags representing ten countries across Latin America and the United States. The circle of flags symbolized the unity among the patient community and its belief that change can only be achieved through solidarity.

Important alliances were achieved, including one with the Tecnológico de Monterrey, an institution committed to the development of the first center for cancer research in Mexico, and another with The Max Foundation 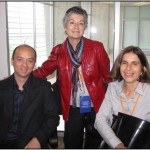 and the Life Raft Group, organizations dedicated to improving the lives and survival rates of patients with rare cancers worldwide. These alliances will provide a number of resources to help the Coalition identify and reach GIST patients and disseminate information and education into Latin America. Rodrigo Salas, the Mexican representative of the Coalition, summed up the purpose of the meeting and resulting alliances as “an extraordinary historic event paired with expertise from our partnership organizations to strengthen our efforts at promoting survival of GIST patients.”

The meeting reached its climax when the Coalition proudly announced their plan to promote survival of GIST patients, which they called the Monterrey Declaration, focused on four key principles: 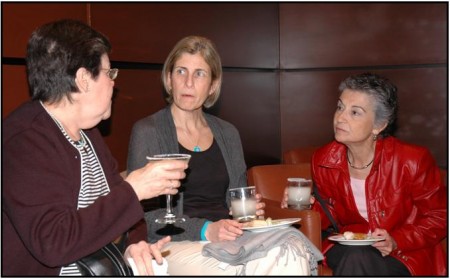 With its goals in place, the Coalition adjourned to their respective home countries as pro-active members of a new cancer awareness movement, planning to meet again in the near future. 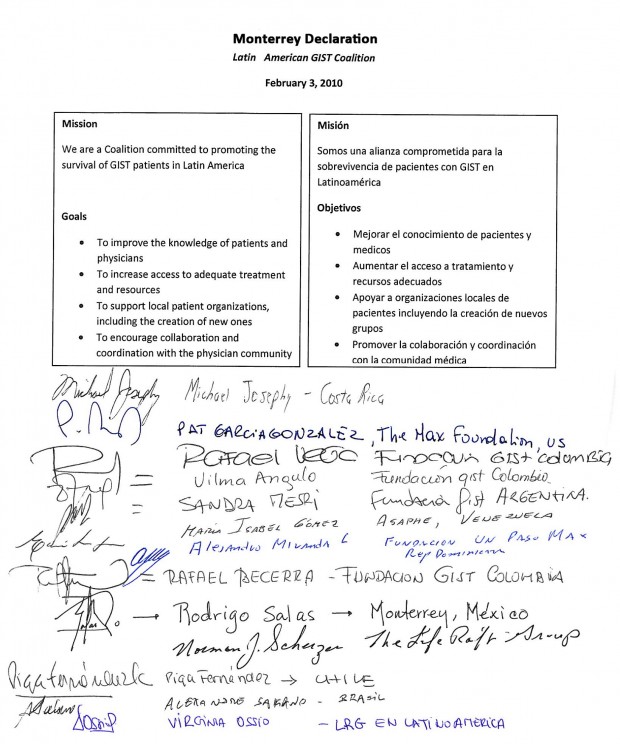