Note: Although written in 2012, this article provides a nice explanation of Pediatric-Like GIST (now called SDH-deficient GIST). It also explains the important role of SDHB and SDHA staining for this type of GIST. 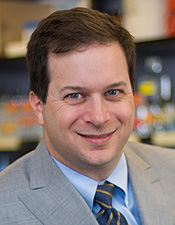 There have been some new developments seen in Pediatric-Like GIST. For many years, wild-type GIST tumors were a mystery. In 2007, Barbara Pasini, J. Aidan Carney, Constantine Stratakis and colleagues identified the first mutations in pediatric GIST tumors in a protein called succinate dehydrogenase (SDH). Coding (instructions) for making the SDH protein is contained in four subunits (genes), SDHA, SDHB, SHDC and SDHD. The group, led by Constantine Stratakis, initially reported mutations in three of the four subunits; SDHB, SHDC and SDHD. SHDA remained a mystery.

Mutational analysis of SDHA has not been performed very often because of its complex structure with 15 exons and the presence of three pseudogenes (a non-functional gene with a similar, but not identical DNA sequence). Recently several groups have undertaken the challenge of sequencing SDHA. Most recently, Dr. Andrew Wagner, Dr. Jason Hornick and colleagues (Dana-Farber Cancer Institute) reported that SHDA mutations were found in 27 per-cent of a group of 33 tumors with known deficiencies in SDH.

Researchers have known for a few years now that the SDH protein does not function correctly in all pediatric-like GIST tumors. This is true whether or not the researchers could find a mutation in the tumor. Researchers noted that applying a stain for the SDHB protein could reliably identify GISTs with defective SDH proteins. GISTs that had a defective SDH protein would stain negative for SDHB. A positive SDHB stain meant the SDH protein was okay and that the patient did not have pediatric-like GIST. As a result, it has recently been suggested that this type of GIST should be called “SDH-deficient GIST”. 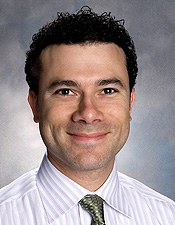 While a negative SDHB stain could classify a GIST as SDH-deficient, it did not necessarily mean that a mutation would be found in one of the subunits and it did not offer any clues as to which subunit might have a mutation. In their recent paper, Wagner and colleagues found that adding another stain to the testing, SDHA, could help zero in on where to check for mutations.They found that about one quarter (27 percent) of the SDHB negative tumors that they tested also stained negative for SDHA. In addition, a negative SDHA stain correctly predicted that a mutation would be found in the hard to sequence SDHA subunit. As a result, an immunohistochemistry test (stain) for SDHA can be used to predict which patients should be screened for SDHA mutations.

Wagner and colleagues noted that the prevalence of SDHA mutations in their cohort suggests that SDHA mutations are likely to be more common than SDHB, SDHC or SDHD mutations and that taken together, the various studies suggest that, to date, about 35 percent to 40 percent of SDH-deficient GISTs contain some type of SDH mutation. They note the possibility of further mutations or other defects being found in the future.

Although we don’t have a list of facilities that offer complete SDH mutational testing, we would note that the Knight Cancer Institute, at Oregon Health Sci-ences University (OHSU) offers a 23 gene mutation panel that will test for all of the known SDH mutations as well as BRAF, KRAS, NRAS and NF1. Also included are mutations for SDHAF1 and SDHAF2 (mutations found in paragangliomas, but not yet in GIST).

Several recent papers shed light on which wildtype GISTs might have over-expression of IGF1R and thus might be candidates for therapies with IGF1R inhibitors. The first paper found IGF1R overexpression in 71 of 80 SDH-deficient GISTs (pediatric-like GISTs), but in only nine of 625 (1%) of GISTs with normal SDH expression (typical of adult-type GISTs). This paper was the result of work done at the National Cancer Institute (NCI). The authors included 2012 GIST Hall of Fame inductees (November, 2012) Dr. Jerzy Lasota, and Dr. Markku Miettinen; as well as the former Pediatric GIST Clinical Coordinator, Dr. Su Young Kim; the Head of the Molecular Oncology Section at the NCI, Dr. Lee Helman; and Zengfeng Wang PhD of the National Institutes of Health. This paper suggests that IGF1R overexpression may be limited to pediatric-like wildtype GIST.