Family planning with GIST can be a hard decision

Family planning can be one of the hardest decisions patients with GIST make, but for Carolina Ponce Williams the decision was easy.

At high risk for progression, Carolina longed to start a family. So she decided to adopt.

“It was pretty easy for me to decide,” she said. “I know adoption is not for everyone. But I had adopted cousins so I knew what to expect.” 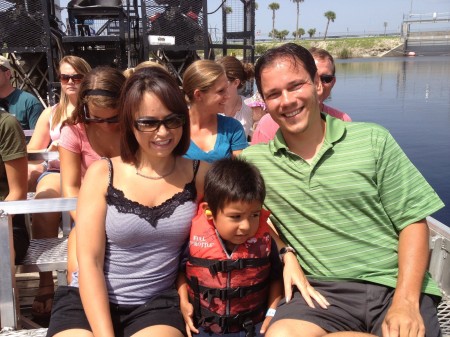 Carolina Williams, her son Antonio, and her husband Terrance

Her son, Antonio, now 3 years old, “is such an amazing child,” she said. She said she thinks about adopting another child everyday, but that will depend on Antonio.

Having her own biological child would have meant going off of her drug Gleevec for a year, a risk she didn’t want to take. Her advice to other women: “make sure you investigate it thoroughly.”

While there isn’t a lot of data on pregnancy and GIST, the prescription information on first-line drug Gleevec clearly warns of risks if a women stays on Gleevec during pregnancy and advises patients to use a form of birth control. Several studies indicate mixed results for women who stayed on Gleevec during pregnancy, with some babies being born with similar deformities and others without complications.

One of the more comprehensive surveys can be found here.

Novartis Pharmaceuticals, maker of Gleevec, the FDA’s approved first line treatment for GIST, and Tasigna, a drug that while not approved for GIST has been taken by some GIST patient, is currently conducting a clinical trial on pregnancy and exposure to those drugs but results won’t be ready until at least 2014. See the article here.

That was the case for April Stephens. She had clean scans for five years before working with her doctor to go off Gleevec to give birth to her daughter, Mary Catherine, who is now five years old and healthy. “I followed all of my doctor’s guidelines,” she said.

“I wouldn’t trade it for anything,” April said. It was the first time a pediatric member of the Life Raft Group had a child. 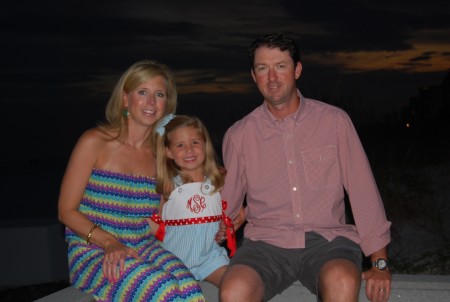 April Stephens, her daughter Mary Catherine, and her husband Heath

“Women have to weigh the pros and cons,” she said.

Barbi Appelquist has thought a lot about family planning and how it affects GIST patients like her. “There are a lot of issues having a baby even in perfect health,” she said. These are magnified with GIST. Women, she acknowledged, have different views on contraception and abortion, for example.

“There are still so many unknowns, still so much we don’t know about GIST,” she said. “Part of you wants to know the answers.”

Since these issues are so personal in nature, she suggested an email community be created for women of child-bearing age with GIST. “I didn’t feel very supported by the general GIST email community,” she said.

“I can’t imagine what it would be like to be 18 and dealing with these issue,” she said. “That’s a tough

This is the first in a series of articles on family planning and GIST. We will also explore being a mother while on Gleevec and considerations for men with GIST who want to have children. If you’d like to comment for these articles, contact Phil Avila at pa07065@aol.com.