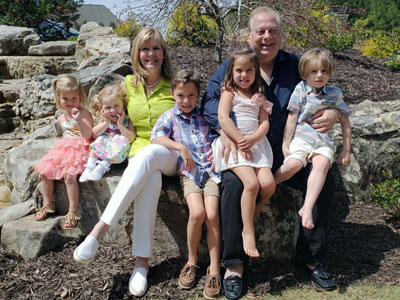 Ronald George Agypt, 62, born in Johnstown, PA on June 3, 1956 to George Abraham Agypt and Mary Jane (Abraham) Agypt (both deceased), passed away on April 10th, 2019, at his home in Alpharetta, GA after a valiantly fought battle against cancer. He is survived by his wife, Kim, and their three sons, Christian and his wife Rachel, grandchildren Simon and Adalia, Brett and his wife Sara Jane, grandchildren Miles, Amelia, and Evelyn, and Tyler and his girlfriend Melanie; his nieces, Dominique and Marissa; his siblings, Greg Agypt and Janice Agypt, both of Johnstown; and his faithful dogs, Cooper, Rooney, and Riley.

Married to Kim for 38 years, his love for her was unequaled to any of his passions and achievements. He considered himself the luckiest man on earth.

A member of St. Mary Antiochian Orthodox Christian Church and a graduate of Westmont High School in 1974, Ron attended the University of Pittsburgh before embarking on a 38-year career in the insurance industry. Ron spent 33 years with Combined Insurance Company of America and AON Worksite Solutions, starting as a door-to-door salesman and working to become the youngest vice president in the company’s history at age 30. He went on to serve as the Senior VP of Aflac for Broker Development and the Chief Sales Officer of HUB International. He also served on the Board of Directors for Sterling Life Insurance Company, Legal Club of America, Better Business Bureau of Northern Illinois, and The Life Raft Group. Yet if you asked him his greatest accomplishments, he would first bring up the countless Little League titles he won coaching his sons or his undefeated record in the “Ring of Honor.”

Ron developed a legacy of love. He lived as we all should, striving to forge an easier path for those who walk behind us. He graciously left us with the understanding that our lives are measured not by what we achieve, but by the number of people we welcome into our hearts. He will be missed, but his lessons continue to grow and multiply in an ever-widening circle of joy, love, and light.

A memorial service was held on Saturday, April 27th, 2019 in Alpharetta, GA.

In lieu of flowers, the family asks for donations to be made in Ron’s honor to the Harlem Heights Charter School in Fort Myers, FL, or The Life Raft Group. 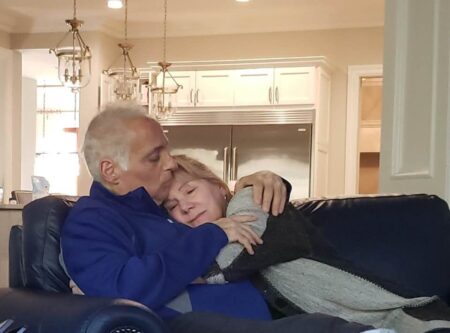 Sometimes you get to know and understand somebody in a relatively short span of time when that would normally take a lifetime. That short span of time would create some defining moments that enable you to talk about somebody as if you knew them for a lifetime. It is like that with Ron Agypt. We met originally when he was still partially responding to therapy and focusing on how he could help others by joining our Board and reaching out to other people by working to develop other treatments.

As time went on and he began to move from treatment to treatment, it became clearer that they weren’t working. I observed a combination of courage and serenity as someone comes to accept that their life was going to end and that it was okay. He accepted, after a while, that it was time to stop these treatments and he left us with a photograph. This photograph is of him and Kim. They are holding each other on the couch and I see the caption of this photo as “Serenity.’

And it says more than thousands of words could ever say about the courage, and the love between two people, and their mutual acceptance, if you will, about the reality that things were about to change. Ron would no longer be with us. I’ve had many moments with the Life Raft Group, unfortunately, with many who’ve lost their lives, where you come to understand what it’s like to say, it’s okay now, it’s okay to let go.
That was Ron; that was serenity.