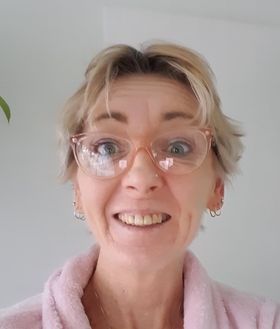 Jacqui Bartlett, a canteen supervisor at a local army training base, shared that she’d been up at 4:30 am the day she gave this interview. It’s spring in Toowoomba, Queensland, and she ventured out early to explore nature with her camera. Her interest in photography is recent; her creativity, however, manifested originally with some painting, but after splurging on a camera on which she’d had her eye, she’s been dedicated to learning all she can about the craft.

Cancer was a shocking diagnosis for Jacqui. Admittedly she’d had some strange symptoms for quite some time, but her doctor didn’t think much of it. Two years before her diagnosis, she told him she was getting very full after eating small meals and her doctor believed it was caused by an ulcer. “I hadn’t been able to eat much for ages. I was given ‘ulcer tablets.’ Whatever they are. There was no follow-up on it, so I just got used to it. But then, sometime later, when I was at work, I would start crashing. I was so tired. I’d get home and just go to sleep. I was 48 at the time so I just thought it was menopause,” said Jacqui. 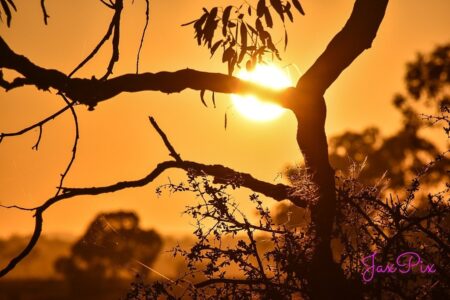 the end of the second year, edema became a chronic symptom, too. Jacqui visited the chemist thinking vitamins would help with this and the extreme fatigue. A week later she was still experiencing swelling in her legs. After checking her blood pressure and pulse rate, she was sent to the doctor. An ECG and blood tests were performed, and a few days later, the pathologist called saying she needed to meet the doctor at the hospital. Jacqui didn’t understand her concerns.

“I had no idea what she was talking about. She didn’t want me to drive to the hospital. When I got there, I found out they were concerned about bleeding. I thought to myself if I was lightheaded and bleeding, I’d be very worried and I would have been there sooner. But I wasn’t,” she said. A full workup was performed and a mass was discovered during the endoscopy procedure. Apparently, the tumor had been bleeding slowly, causing Jacqui’s symptoms. Surgery was performed and Jacqui, a single mom, was back at work 16 days later. “It all happened so quick I didn’t have time to comprehend fully,” said Jacqui. “Life went on. After healing, I went on Gleevec, which lasted 19 days. I had an allergic reaction – a rash from neck to toes.

Neither antihistamines or steroids helped, so the oncologist said to stop the treatment and within a few days, the rash disappeared.” Jacqui worked with an oncologist in Toowoomba, about two hours west of Brisbane on the eastern coast of Australia. At this point, there were no other options for treatment for Jacqui. In the Australian healthcare scheme, she could not be prescribed Sutent, the second line of treatment for GIST, until there was a recurrence or metastases. Thirteen months later, tumors were found in the perineum. After a biopsy and CT, Sutent was begun, though no mutational testing had yet been performed. The tumors shrunk by 75% in a couple of months, but several months later scans revealed new growth. After growth, they applied for Stivarga on compassionate grounds as it’s not covered under Australia’s PBS and Jacqui stayed on Sutent. Her next scan showed NED.

Treatment for a sunspot (melanoma) halted her regime for GIST a year later, and when Jacqui resumed the Sutent, she developed neutropenia, which is an abnormally low white blood cell count in the blood which can be a side effect of some cancer treatments, increasing the risk of life-threatening infection.

“I’ve never thought of myself as sick. I had some side effects but I didn’t feel like I had cancer. Everyone thinks of cancer as chemo and radiation. Getting diagnosed with GIST was a shock, of course, and then I had surgery, and I had an allergic reaction to Gleevec so they put me on Sutent for two years but now, I’ve been tumor-free for 13 months. The side effect I hated the most was losing my sense of taste. And now that’s returned and I’ve been able to gain a little weight,” said Jacqui. Jacqui finds that photography helps her maintain focus. Her journey as a photographer started with birds but has expanded to many subjects. Everything, she says, because at this moment it’s all new. She explained, “I’m sort of doing everything at the moment because it’s all new. Sunsets, moonshots, smoke photos, whatever occurs to me. Macro lenses stuff – bees, zoom – the moon. Natural stuff, nature. I’m just totally focused on what I’m doing and what’s inside that lens. I want to get the light right. I can get immersed for ages. I pretty much disappear. I’m always pulling over in the car. I’m learning.”

And photography, in comparison to painting gives her completion and an instant gratification. “It’s given me a creativity I haven’t had for ages. First, I was focused on raising my son, then dealing with GIST, and now I’m focused on this. I think that if I get sick again, I’ll have my photography to help me cope and keep my focused. And I’m concentrating on something I can leave to remember me by, you know?” Jacqui said.

Jacqui knows there’s always a possibility that she’ll have to deal with GIST again, but she’s a dedicated patient researcher. When she was first diagnosed, she learned a lot from GIST Support International and connected with other GIST patients from Australia and New Zealand on Facebook as well as the Rare Cancers Australia GIST group and GIST Survivor, and also, The Life Raft Group. “It’s good to have these groups so that you can exchange information about GIST Specialists and talk with others in the area who are going through the same thing. I do my research and go to my oncologist with questions and a ‘I need to know these things’ attitude. I keep up with the latest news about GIST.”

Jacqui is currently NED, exon 11 and 13, currently not on any treatment protocol.
You can see more of Jacqui’s photography on her Facebook page: Type loxmum95 into the search and the JaxPix page will appear. 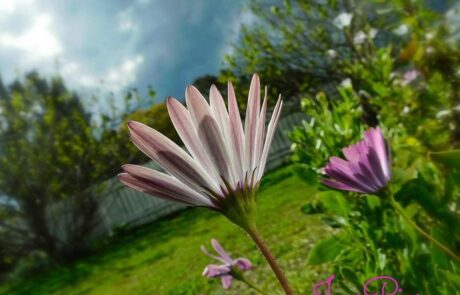 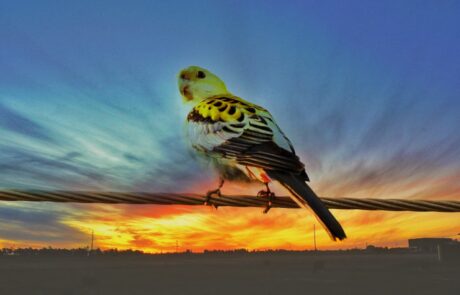 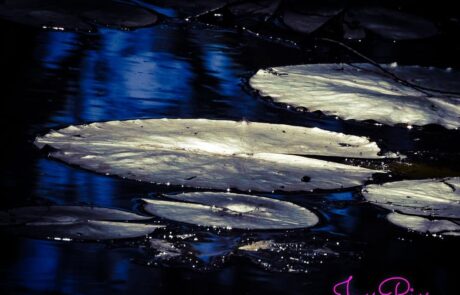