The Life Raft Group celebrated GIST Awareness Day 2021 with a virtual, interactive Q&A Webinar for SDH-deficient GIST patients with leading experts in the field, with reports from participants on our Pediatric & SDH-Deficient GIST Consortium.

This virtual session began with Dr. Michael Heinrich, medical oncologist from Oregon Health & Science University (OHSU), sharing his research on modeling to advance the functional profiling of variants of SDHA. 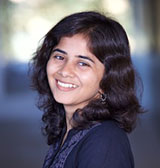 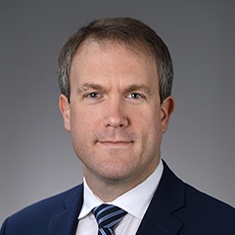 The third update was from Dr. Andrew Blakely, a surgical oncologist at the National Institutes of Health (NIH) who opened a trial in 2020 for all GIST patients. His study takes fresh tumor tissue after surgical resection and leverages it in various ways. Harvested tumor tissue is preserved in the tumor micro-environment. They then test novel drugs against these tumors and see response in real time. (It’s Time: The Life Raft Group Biomarker Testing Campaign – Identify Subsets & Clinical Trials)

After hearing from these experts, attendees posed questions about a range of topics:

1. Does immunotherapy work for SDH-deficient GIST?
According to Dr. Heinrich, immunotherapy is most effective in tumors that are highly mutated because tumors create new proteins. Tumors with a high mutation rate are correlated with higher responsiveness to immunotherapy. The challenge with SDH is that there are not a lot of mutations. It does not look different than a normal cell from an immune system standpoint. It is possible that succinate accumulation affects immune cells. If so, it is not yet clear how. According to Dr. Heinrich, SDH-deficient GIST patients may not seem to be good candidates for immunotherapy due to the lack of multiple mutations seen frequently in other cancers that respond to checkpoint inhibitors. 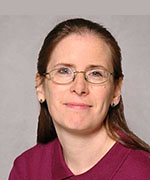 Dr. Margaret von Mehren (Fox Chase Cancer Center) expressed that many patients have variable courses of disease. Initially, SDH-deficient GIST may be progressive and then over time quiets down. Important research questions include the effect of age on the changing hormonal environment and the role of immune response.

2. Does Gleevec work for SDH-deficient GIST?

SDH-deficient GIST can be slow growing. So it is hard to know if Gleevec leads to stability or if the tumor has naturally slowed down. Clinicians said they have seen better effect with sunitinib and regorafenib than imatinib.

3. What does ‘epigenetics’ mean?

Genetic mutations are inheritable. An epigenetic mutation is not inherited. However, there is a change in how the DNA is expressed. Epigenetic changes alter what the cell ends up translating from its DNA into proteins. According to a previously published NIH Pediatric & Wildtype GIST Clinic paper, 20% of SDH-deficient GIST are epigenetic. (Epigenetic changes are not transmitted to offspring. Molecular Subtypes of KIT/PDGFRA Wild-Type Gastrointestinal Stromal Tumors)

4. What is recommended for genetic screening for families?

Try to avoid lots of radiation. For paraganglioma, look at it periodically. For GIST, look at hemoglobin. GISTs tend to bleed. If red blood cell count looks low, that might make you take a look. Pay attention to symptoms like abdominal pain and low red blood cell count.

About 58 participants attended this Q&A on July 13th, 2021 from around the globe. The LRG will continue bringing experts together to advance progress for SDH-deficient GIST. We will also be interacting with guideline societies (such as the NCCN) to continue strengthening language around SDH testing for gastric GIST patients. We encourage our patient community to raise their voices and create awareness for this rare disease and the importance of biomarker testing for GIST patients.