Like adult GIST, pediatric GIST can be further divided into subgroups. The most familiar and perhaps the most common type does not seem to have a distinct name so let’s just call it “Pediatric GIST.” It most commonly affects girls between the ages of about 6 to 18 and almost always starts in the stomach.

The second well-known type of GIST affecting young people is called “Carney’s Triad.” It is named after Dr. J. Aidan Carney who first described it in 1977. Patients with Carney’s Triad may have several different types of tumors including GIST, pulmonary chondroma, and/or functioning extra-adrenal paraganglioma. If any two of these tumors are present, a diagnosis of the “triad” can be made, particularly if age and sex factors are supportive.

In 2002, Dr. Carney and Dr. Constantine Stratakis reported on a new syndrome that was similar to, yet distinct, from Carney’s triad. They had found 12 patients in 5 families with two parts of the “triad,” paraganglioma and GIST. Since this condition appeared to be inheritable and the “true Carney’s Triad” did not, Carney and Stratakis concluded that this syndrome was different than Carney’s Triad and called it “Familial Paraganglioma and Gastric Stromal Sarcoma” (also known as Carney-Stratakis Syndrome). The patients varied in age from 9 to 46 years old at diagnosis with 9 of the 14 patients under the age of 23.

When looking at multiple medical reports, it appears like there may be one more type of pediatric GIST. The youngest GIST patients of all may be born with GIST and need surgery soon after birth. This type of GIST, called “neonatal or congenital GIST”, appears to affect both boys and girls (although girls are more common) and seems to start in the intestines instead of the stomach. We found 6 cases described as GIST in newborns, however there seems to be some doubt about whether or not these are really leiomyosarcomas or GISTs.

Patient Disease and Characteristics by Age Group at Diagnosis 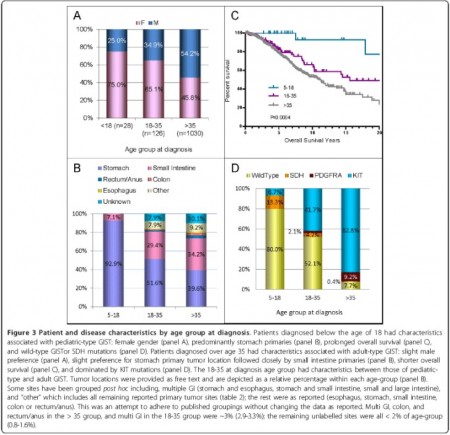 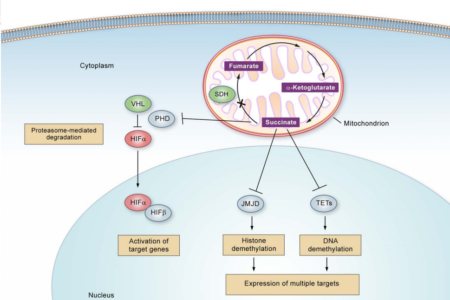 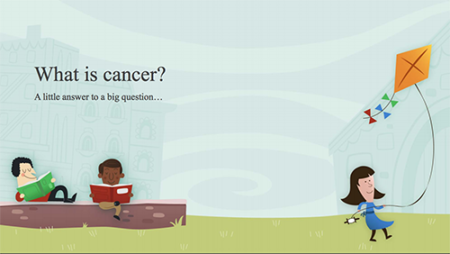 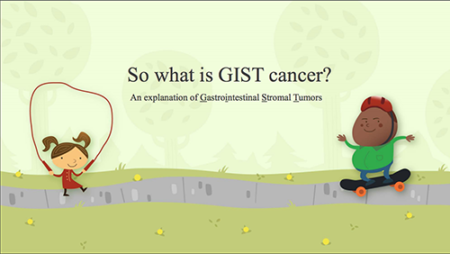 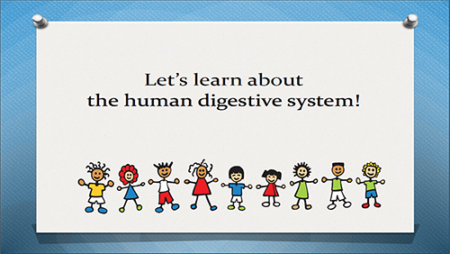 The Science and Biology of Pediatric GIST

Information on Mutations in GIST and Mutational Testing

Contribute to Real World Evidence working toward a cure!

This pediatric portion of the website is dedicated to the memory of Jonathan Montague.

Setting the Pace for the Future In July of 2018 at Life Fest, The Life Raft Group brought together a team of pediatric & SDH-deficient GIST experts for a symposium focused on this rare [...]

Mary Garland2019-04-19T12:41:47-04:00September 21st, 2018|Comments Off on The Life Raft Group Announces an Innovative Consortium to Accelerate Cancer Research at the Biden Cancer Summit

WAYNE, N.J. and WASHINGTON, D.C. (September 21, 2018) - The Life Raft Group announces at the Biden Cancer Summit a new initiative to strengthen and advance research for effective treatments of a rare subset of [...]

The Life Raft Group is excited to cast a new lifeline to increase the quality of life and survival rates of Pediatric and SDH-Deficient GIST patients worldwide through the establishment of a collaborative research consortium. The Pediatric & SDH-Deficient GIST Consortium, unveiled today at the Biden Cancer Summit, supports patients and caregivers at a critical time to share data, tissue, and resources to address the urgency of cancer treatment.

The 2018 Life Fest Meeting was held in Miami on July 13 - 15 and was attended by 140 patients, friends, family and caregivers. This was a truly international event, with participation from 20 [...]

I had the pleasure of attending the 15th Pediatric and Wildtype Clinic along with Becky Owens from GIST Support International as patient advocates. The Clinic was held at the National Institute of Health in [...]

The 15th Pediatric and Wildtype GIST Clinic was recently held at the National Institute of Health in Bethesda, Maryland on July 5 - 7, 2017. The Clinic is a collaborative effort between clinicians and [...]