On December 4, 2018, President Sebastián Piñera, of Chile, signed the National Cancer Plan 2018 – 2028 and the National Cancer Law. LRG Global Consultant and Executive Director of Fundación GIST Chile, Piga Fernández, and other cancer survivors and thrivers, were at the heart of this story of advocacy in action!

In Chile, several types of cancer, including GIST, are not covered by the health systems, (public or private), which means that many patients do not have access to the treatments they need to live, and most of them do not have the resources to pay out of pocket. Therefore, they need a law that will protect them. What we are asking is that the law will:

• Guarantee health coverage for all types of cancers

The project of law is an initiative of Carolina Goic, a senator who is also a cancer survivor. We presented it to the President for the first time in 2013, and since then, we have been advocating for its passage.

A month ago a group of patient organization leaders, together with Goic, Dr. Claudio Mora, an oncological surgeon who is a cancer patient himself, and other congressmen, again presented the project of law at “La Moneda” (the Chilean White House). After that we decided to organize a March to create awareness of the reality of cancer patients in Chile, and ask our President to sign the project of law so that it can go to Congress to start the approval process.

The March took place throughout Chile. In Santiago, more than 2000 people participated in the March, most of them patients with multiple needs. It was really touching to see how “a face” was given to each one of the problems cancer patients have. Among them was María José Araya, a young mother of two. A member of our Registry Program, María needs to start her treatment with Regorafenib, but can´t afford the medicine.

I had the privilege to be one of the leaders of the march together with Senator Goic and other patient organization leaders. Fundación GIST Chile was present in Santiago with more than 50 representatives. We were also represented in Valparaiso, La Serena, and Concepción.

Our blue t-shirts made a beautiful contrast with the red balloons, illustrating a message of hope, but also one of determination and strength. During the march we shouted again and again: “We need a cancer law NOW!” 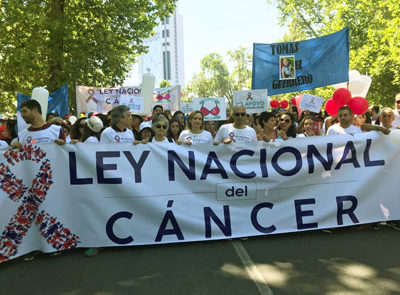 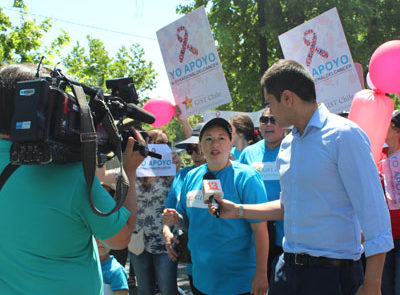 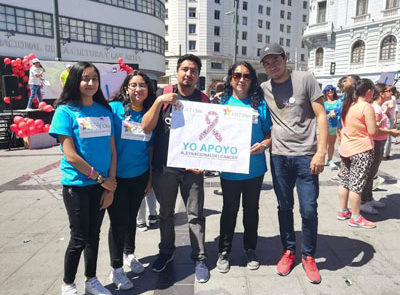 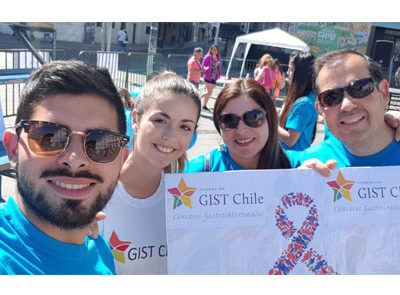 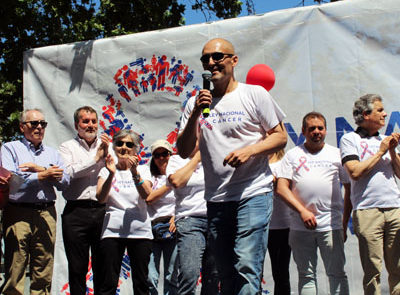 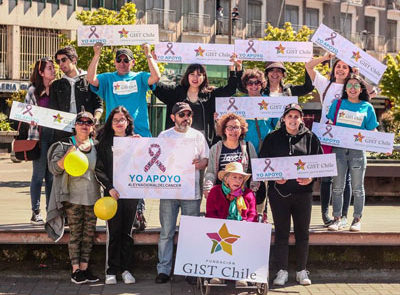 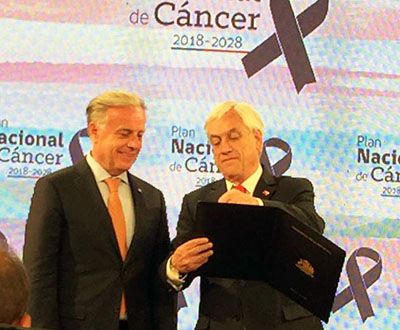 Today [12/4], the last, or maybe the first, chapter of this story was written. I was invited, together with other rep-resentatives of cancer patient organizations, to La Moneda (the Chilean “White House”), to be present in the ceremony in which President Sebastián Piñera signed two very important documents: The National Cancer Plan 2018–2028 and the National Cancer Law – this last one, a project for which we have been advocating for years and for which we marched last November18th. 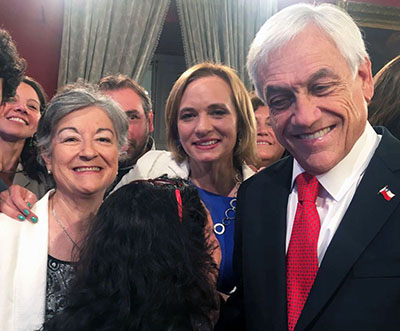 We are very happy! This is a very important step that marks the beginning of a project in which we will continue working until we have a law that will protect cancer patients and their families. This is an achievement of the civilian society, of patient organizations. We have been fighting for years to make cancer a priority in Chile. This is our triumph! We thank President Piñera for signing this law project. With his signature, the National Cancer Law will start its approval process in the Congress.

Our commitment is to continue working together participating in the discussion at the Congress. With the same strength that we marched, we will continue working until we have a law that meets the real needs of cancer patients and their families. 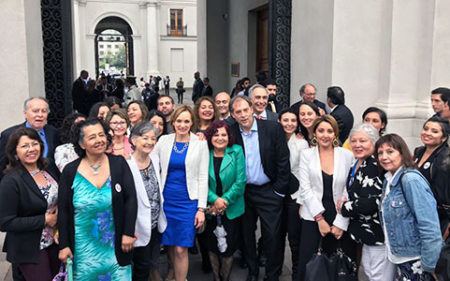