LRG Assisted in CAP Guidelines Modifications with a Diagnostic Algorithm

These could potentially diagnosis a greater number of rarer GIST subsets than before. Subsequently, more patients could be on more effective treatments for their type of GIST or be directed to appropriate clinical trials. While this does not guarantee that all patients will find a treatment that works for them, it could open more treatment options for patients. 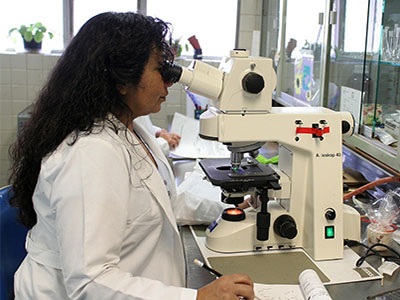 CAP (College of American Pathologists) just released their recent GIST cancer synoptic report. Why is this important? CAP Guidelines are protocols for pathologists to instruct them on the process of diagnosing a disease based on tumor tissue samples. The Life Raft Group, collaborating with the Pediatric & SDH-Deficient GIST Consortium and key opinion leaders among the GIST pathology community (with Dr. Brian Rubin taking the lead), played a significant role in changing these guidelines.

The LRG identified that there is disparity among pathologists in the testing of certain subtypes of GIST, and testing procedures (i.e. genomic testing) that were being underutilized. This pattern was observed in the LRG Patient Registry where the data illustrated that only 30% of “wildtype patients” had received advanced mutational testing (or SDHB staining) that was sufficient to identify their subtype of GIST.

The team collaborated on a new diagnostic algorithm that illustrated the need for wider use of targeted diagnostic procedures and submitted the algorithm to the GIST editorial board of CAP.

We are happy to announce that CAP has incorporated these suggestions into the new release of the GIST guidelines which were published today.

We believe this will be a huge step forward in better diagnosing, identifying, and eventually treating many more GIST patients. We encourage other groups that advise on guidelines to follow suit. This is a great example of a patient advocacy group utilizing real world evidence derived from a patient registry to influence guidelines for treatments that affect GIST patients on a large scale.