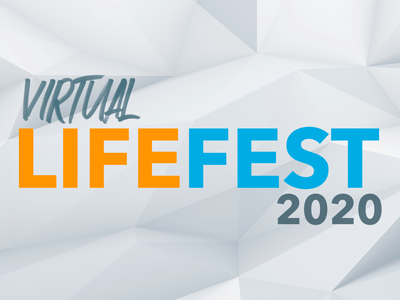 Over fifty participants attended a virtual meeting of SDH Experts in honor of GIST Awareness Day, July 13th, during Virtual Life Fest 2020. Questions were presented to the panel which included One of the first questions asked was “what specifically are your most challenging research hurdles and how can we, as patients and patient advocates from around the world help move research forward?”

Dr. Eyal Gottlieb from the Technion Institute in Israel reflected that difficulties remain with discovering and identifying a target in the conditions where SDH is loss. From a metabolic point of view, the synthetic lethal therapy issue is characterized by “problems with the therapeutic window”. For example, finding combinations of two drugs that are lethal to SDH deficient cells but not to other normal cells is problematic. Toxicity in patients is also a potential obstacle.

According to Dr. Andrew Blakely from the NIH, SDH-deficient GISTs are difficult to grow cell cultures. The NIH has different methods with their own research, such as ex-vivo or out of the patient (look at tumor and viability). Also, efficacy and toxicity need to be evaluated; therefore, there was a call to action for patients to go to NIH, have surgical resection and harvest it.

Dr. Jason Sicklick from Moores Cancer Center at the University of California San Diego, grows cells for SDH A, B and C and is working to have them grow long enough to perform drug screens. A potential drug target of interest for this population is Hif2a. The group discussed trying to gain access to this compound to do early pre-clinical screening using Dr. Sicklick’s cell lines.

Another question from one of the participants was about the possibility of liver transplantation if liver tumors cannot be resected. The group consensus was that this was not a viable solution for this disease population.

A question was asked about gallium dotatate and it’s usage in PET/CT scans. The panel consensus was that this was also not shown to be significantly helpful in this population as a study proved that no tumors lit up.

The conversation shifted to how the SDH population is historically characterized as “indolent”, however, this group would like to change the sentiment surrounding that characterization of that term. While the disease has traditionally been referred to as indolent, it can be quite aggressive. That is why the word “indolent” can be misleading. Over time, patients may have a longer life as well as poor quality of life, yet may die earlier than someone without GIST. They are still at risk from dying from the disease throughout their lives.

According to Dr. Gottlieb, SDH loss causes succinate accumulation that directly disrupts the oxygen sensing machinery and methylation processes in cells. These changes lead to tumor formation. However, SDH is part of an essential metabolic pathway and most cells cannot survive without it, and therefore, cannot become cancer cells upon SDH loss. For some incompletely understood reasons, there are tissues, like those that form paraganglioma or GIST tumors, that can adapt to survive without SDH, and therefore, can ‘benefit’ from the pro-tumorigenic consequences of SDH loss. It is this ability to survive SDH loss that leads to tumors of different tissues of origin. He also noted that the differences between GIST and para/pheo formation may be due to differences in sensitivity to the disruption of the oxygen sensing machinery in para/pheo cells as opposed to higher sensitivity to hyper-methylation in GIST. It is plausible that underlying risk factors that affect one consequence to SDH loss or the other may dictate the phenotypic outcome of SDH loss (GIST versus para/pheo). Dr. Sicklick noted that single SDH tumors appear in the lower (lesser curvature, antrum) part of the stomach demonstrating some aspect of tissue specificity.

The big takeaway from this panel is that we have a dedicated group of clinicians and researchers who are passionate to do more for the SDH community who acknowledge that more research is needed to understand the mechanisms of SDH-deficient GIST, to harvest cell cultures, and identify drug targets for treatment. The Life Raft Group continues its commitment to the SDH community by fostering collaboration among these medical professionals and incentivizing research to further this goal and keep more patients alive.